Remember that more chaos I mentioned in the last post?  Well here it is.  Six days after I got home from Brasil, I was to deliver 200 cupcakes and 1 cutting cake for the wedding of my friend Brittany.  Which wouldn’t be that big of a deal if I weren’t living in an RV and could work in the comfort of my own kitchen (acutually, it would still be a big deal… just way less complicated and chaotic).  Thankfully my church has a huge kitchen and I had free reign.  So aside from not having a lemon zester and having to haul my mixer, muffin tins, plus everything else needed to make cake and use a gas oven (which I love btw, but not used to) things worked out pretty good! Oh and I had to leave threatening notes on the boxes of finished cupcakes to be sure no one tried to steal some while I was gone.  Anything left in the church kitchen is usually fair game, unless you leave notes threatening life and limb.  Well here are some pics of what I made. The flavors were Chocolate with chocolate frosting, red velvet with cream cheese frosting, vanilla with vanilla frosting and lemon with lemon cream cheese frosting. I kept it fairly simple since I had to make so many and all by myself in a short time.  Usually I’ll make some royal icing decorations ahead of time and put them on the cake the day of. 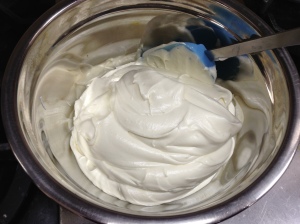 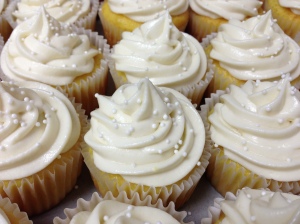 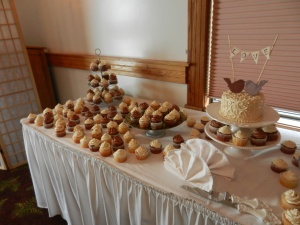 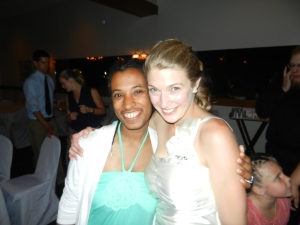 One response to “Cupcakes”

A home for quirky crafters

For the Knit of It
i ben thinking

From Jersey. For Jesus.

A two man team where one is a woman